Discover the beautiful Infernot, underground cellar built inside the mansion.

The Infernot of Villa Guazzo Candiani is the largest one that can be visited in Monferrato and is part of the Infernot circuit that winds its way through the nine municipalities of the territory, which in 2014 was declared a UNESCO World Heritage Site. Its name derives from the ancient Provençal "enfernet" and it indicated a sort of small and narrow prison. It was in this very area that the method of keeping wine in bottles was spread and, to this purpose, many galleries and niches were dug in the Pietra da Cantoni in order to keep the precious bottles of wine at a constant temperature and protected from light. 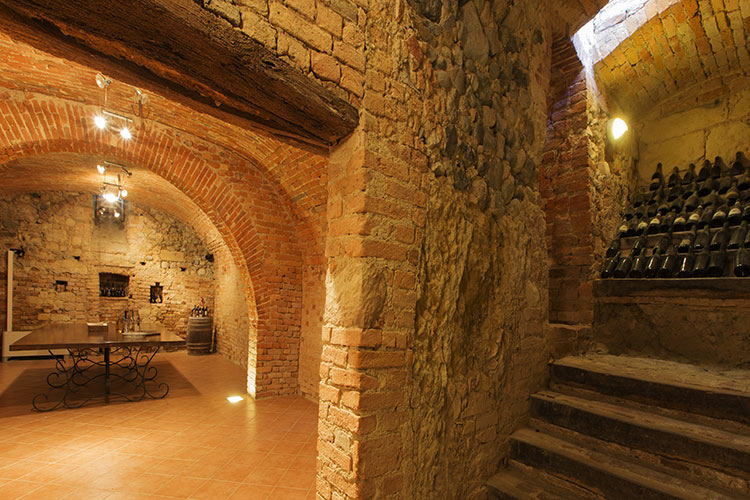 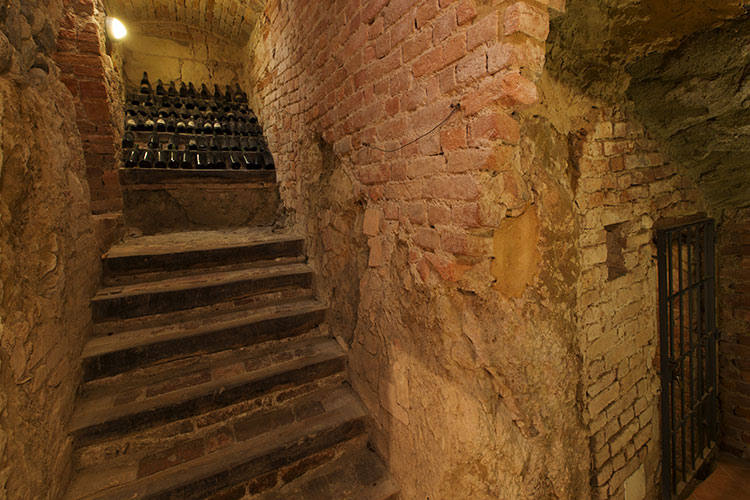 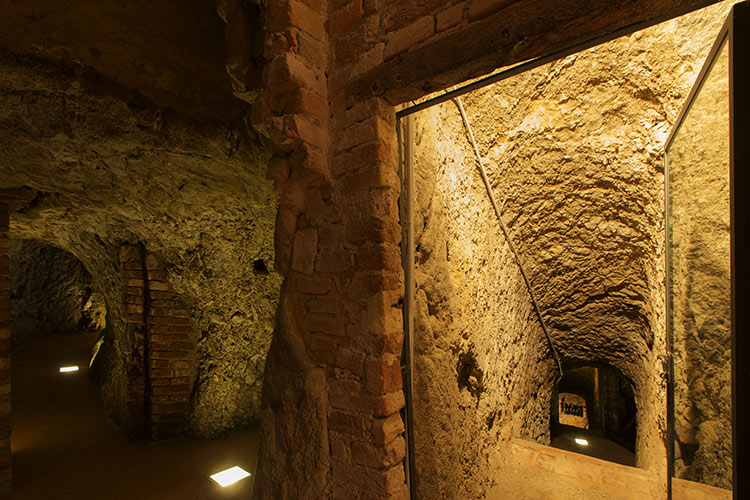 Generally these galleries were deeper than the main cellar in order to ensure a more constant temperature and most of all cooler in summertime. Moreover, they often converged in a larger space usually used as a conviviality place among few people where to spend happy summer nights or long winter afternoons for a "merenda-sinoira" and to taste wines. From this space originate many niches which extend up to twelve meters of depth compared to the ground level and they are, in fact, the "Infernot" of Villa Guazzo Candiani and still today they perfectly fulfill the task of preserving in time the most precious bottles. They finally flow into a main passage which leads to the outside and they can be easily visited by the public.